The Story of 90 Coins (with exclusive Q&A) 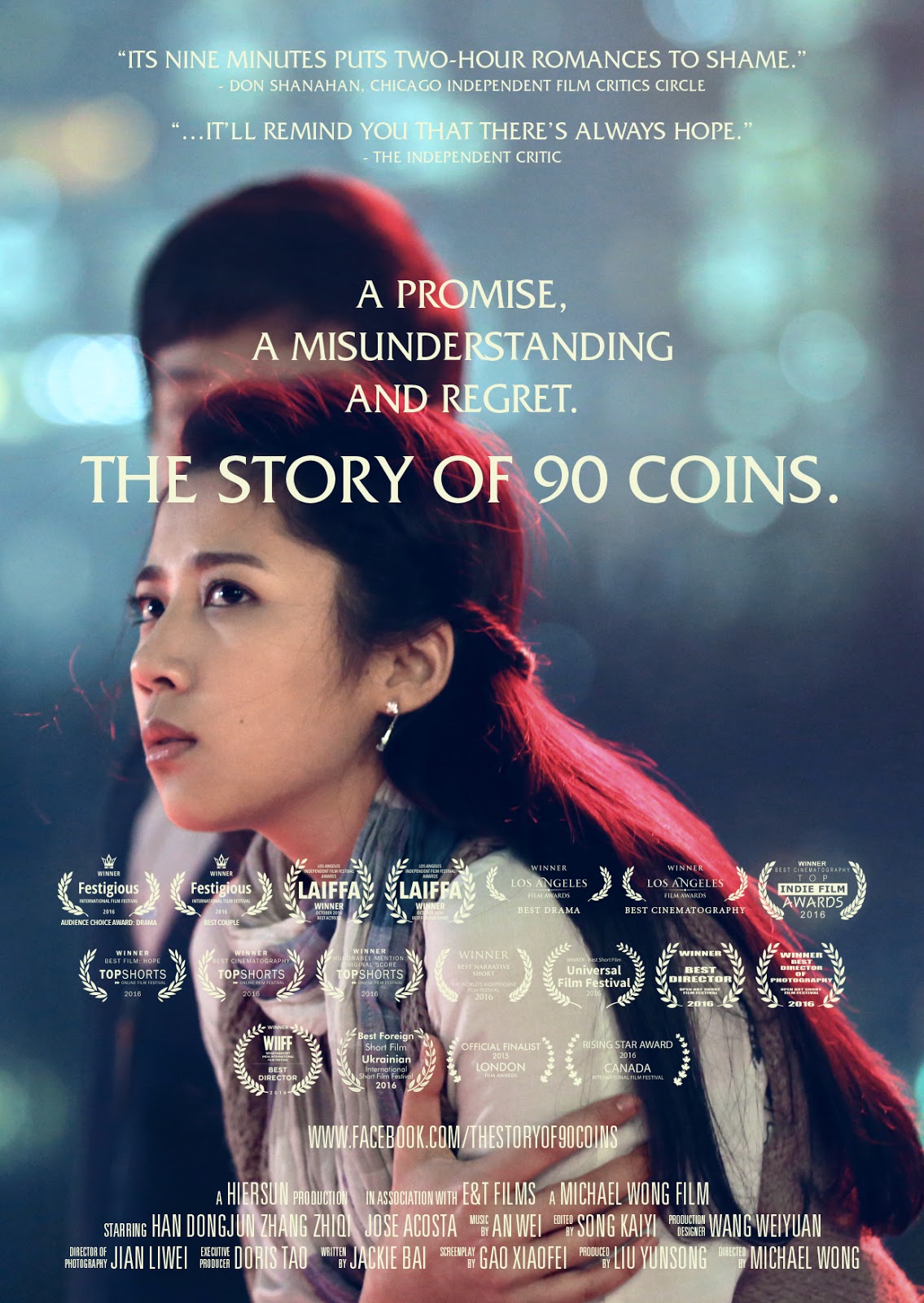 Plot: How much is a promise worth these days? An aspiring fashion designer finds out when she has to choose between fulfilling her promise and realizing her dream.

Review: Wang Yuyang (Han Dongjun) is a guy who wants a chance with Chen Wen (Zhuang Zhiqi), the girl he wants. Her dream is to one day go to Paris and have a successful career in fashion design. She goes along with his proposition of giving him 90 days. During those 90 days she'll get a coin from him, one for each day they meet. If she likes him at the end of the 90 days, they'll get married. 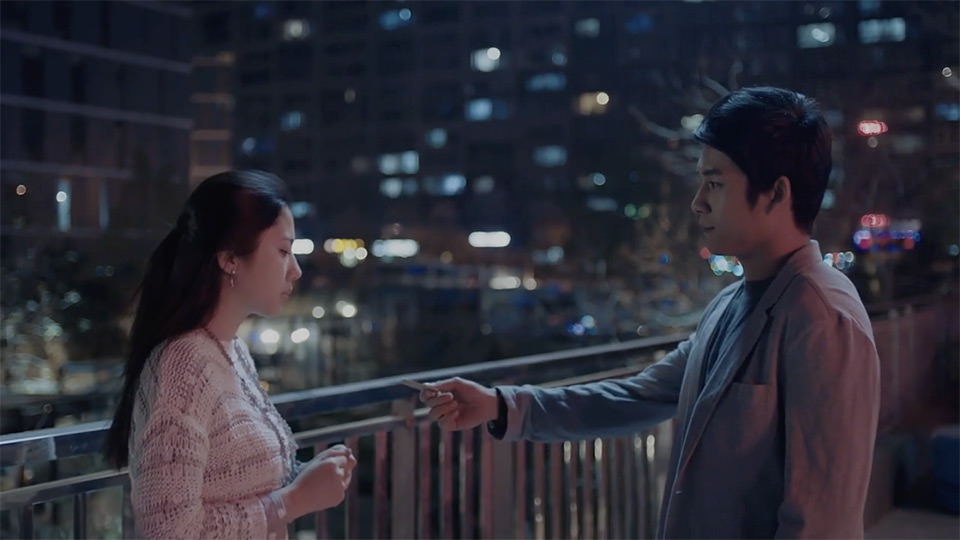 This is a romantic short film that does what a romantic film should do - engage the viewer early on and have a story you can appreciate. Director Michael Wong has taken a story by Bai Xuedan and compressed what could be a full length-feature into a 10 minute short. And it works very well indeed. Why? Because of the way the film is shot and put together. 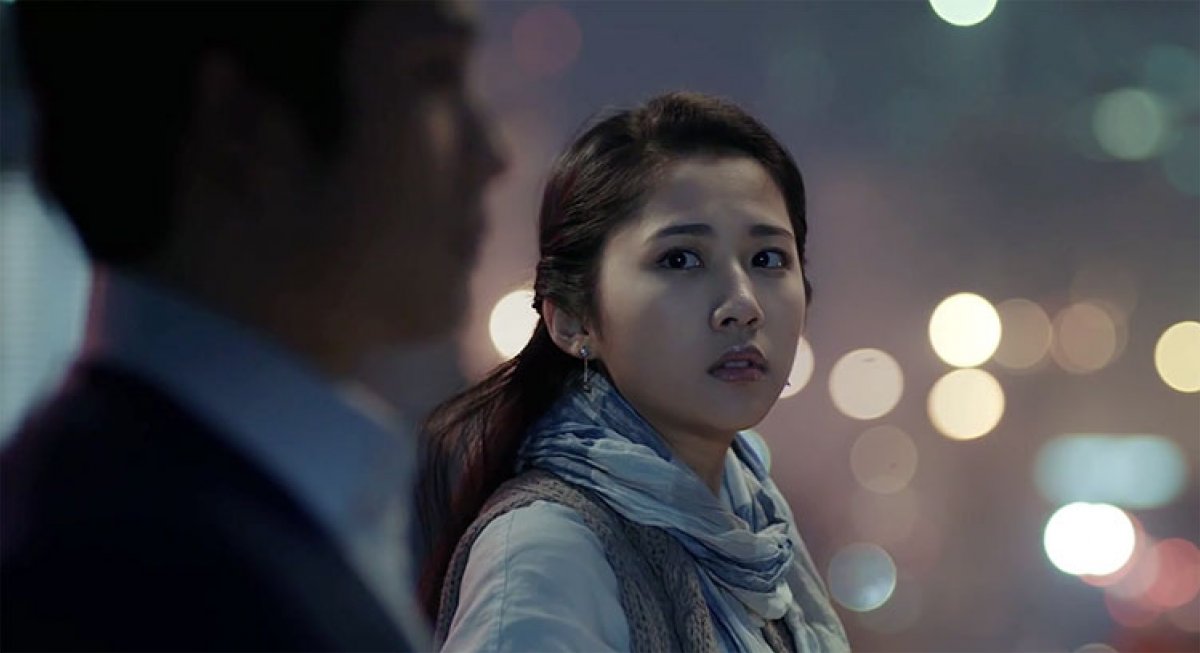 It is much appreciated when you have a romantic story like this that has a point and should resonate with most people who have a heart and look for love. It's a story about appreciating the little things, not taking things for granted and being able to cherish what you have instead of thinking something better might be out there. The question is if you realize what you have before it's too late... Something that might've been toned down or could've made the film even better is the music. It's romantic and emotional, but perhaps a bit too much in a way that it feels too melodramatic. This is fairly common with Asian films of the genre, so nothing really wrong with it. But to me it does get slightly too "sweet". However, this minor flaw is overshadowed by the story, message, how it's put together, the different settings and cinematography which captures the ten minutes nicely. Perhaps not perfect, but shows that director Michael Wong has real potential.

The following is an exclusive Q&A with director Michael Wong.


Could you perhaps tell me a bit about where you were born and what inspired you to become a film maker? Was it more Asian films, American, European or perhaps something else?

MW: I was born in Kuala Lumpur, the capital city of Malaysia. I'm always interested with arts (and moving artwork) during my childhood. In fact I've got vivid recollection about how I turned my schoolbooks into flipbooks! I hate academics but I really love those thick schoolbooks back then. (grin) Since childhood, I knew about the direction of my future which is to pursue art related fields. After art college, I ended up doing a year as an assistant photographer and then spend the next 16 years in the creative advertising industry, a few years in Malaysia and then China. As I climbed up the career ladder, I realized that I'm never a management guy (nor good with politics and backstabbing!), hence I concluded to pursue a film director career which is more pure in terms of crafting and artistic expression. I never look back! I think the desire to story-tell inspired me to become a film maker, whether it's a 5 frames comic, 30 seconds tv commercial, a 10 minute short film or a feature length film. Story-telling is universal and have been that way since the Upper Paleolithic period.


How long did the shoot take? There seem to be a lot of shots and locations during the 9-10 minutes, so can you perhaps tell me a bit about if they were all scripted or if some things in the flashbacks were improvised while shooting?

MW: Filming was completed in 4 days with 2 additional days to re-shoot some key scenes. There were a lot of shots and locations since the story line spanned approximately 3-4 years in real life. Initially the film was edited to a 15 minutes length but was deemed too long and draggy. Quite a few scenes were deleted, including flashback scenes that comprised vignettes from the earlier years of the protagonists' friendship during their university days as well as saccharine courting moments. There was a batch of elaborated scenes that was omitted; where we had an alley location in a university closed and paved with man-made snow. Another 'expensive' scene was at an airport location where the story begins and ended. There wasn't any improvisation during shooting as it would disrupt rundown and add to the costs. Having worked in the advertising industry before, I'm not a fan of last minute changes!


Do you have any plans for a full length-feature? If so, can you tell me about it or if you have another project you might be working on?

MW: I would love to have the short film 'The Story of 90 Coins' turn into a full length-feature which the current story-line can be easily expand and develop. I hope someone reading this (or if they know someone) can help me finance this idea! There is a few short film plans for the near future.


Did you have any director or movie that inspired the style, the look and how you put the film together?

MW: There is no particular director or movie that inspired on how I put the film together but (again, having trained in the advertising industry before) I'm always keen to have a good unexpected twist for an idea.


If you could name a couple of films that you really like or that inspire you, which would they be?

MW: There are a few films that I like; Seven (and most of Fincher's work), Nolan's stuff, Shawshank Redemption and classics from Jacques Tati among others.

Movies - Noir would like to thank Michael Wong for the opportunity to watch 'The Story of 90 Coins' and for taking the time to do the Q&A. We also wish him the best of luck with future projects!

Movies - Noir kommenterade
52 Actors - Bruno Ganz
A bit different from my list. Of the ones...