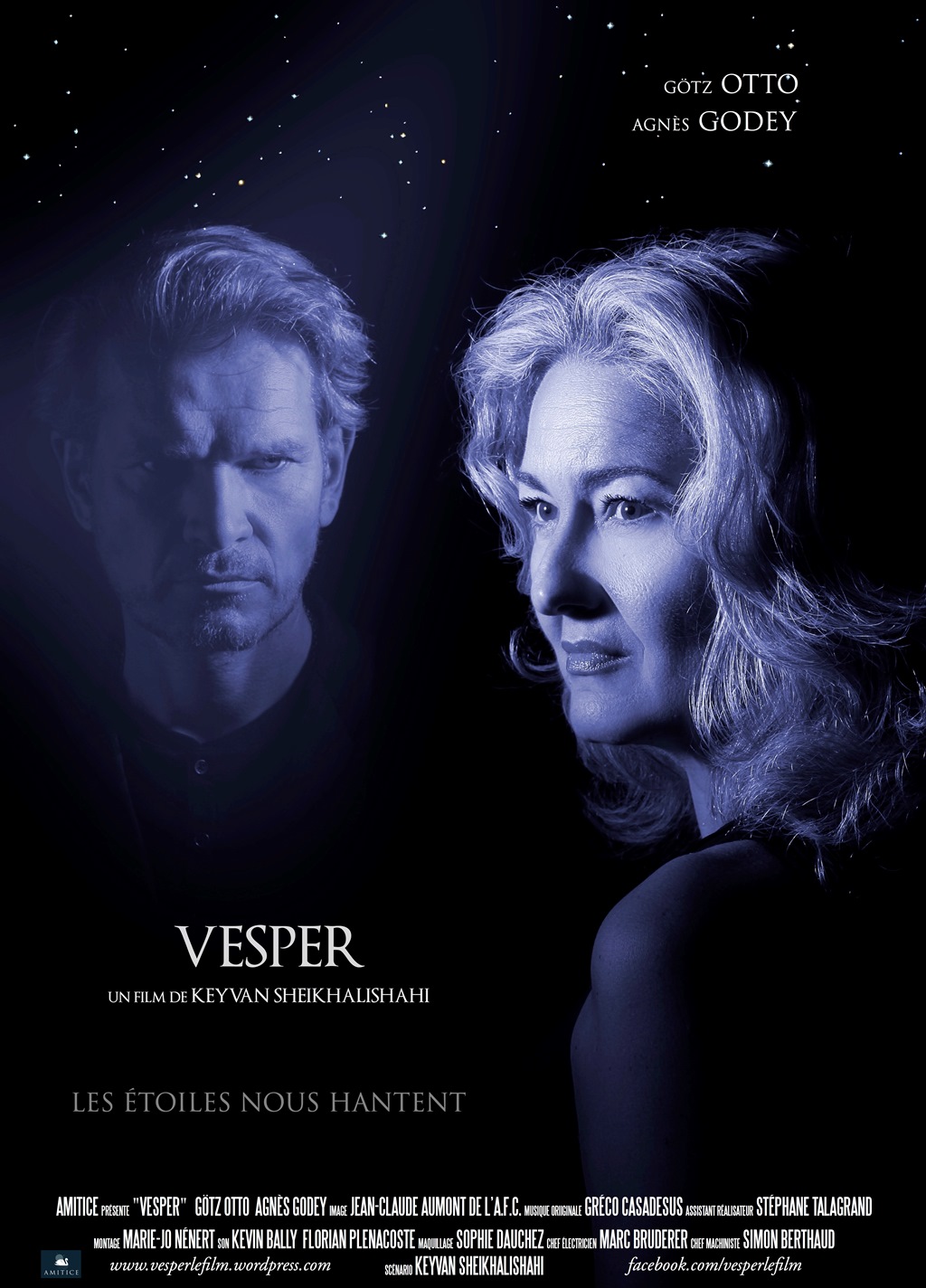 Plot: Marge Ofenbey shuts herself away from all in a house to flee her sinister and manipulative husband. She asks her nephew Christian for help...

Review: Young French director Keyvan Sheikhalishahi brings a short which aims for the stars in this little mystery/thriller. He himself plays Christian, the nephew of Marge (Agnès Godey) who comes to visit her. Marge is living in a nightmarish world with eerie dreams of her husband Wall (Götz Otto) who comes to haunt her in her house. Not in a scary or spooky way, but more psychological. 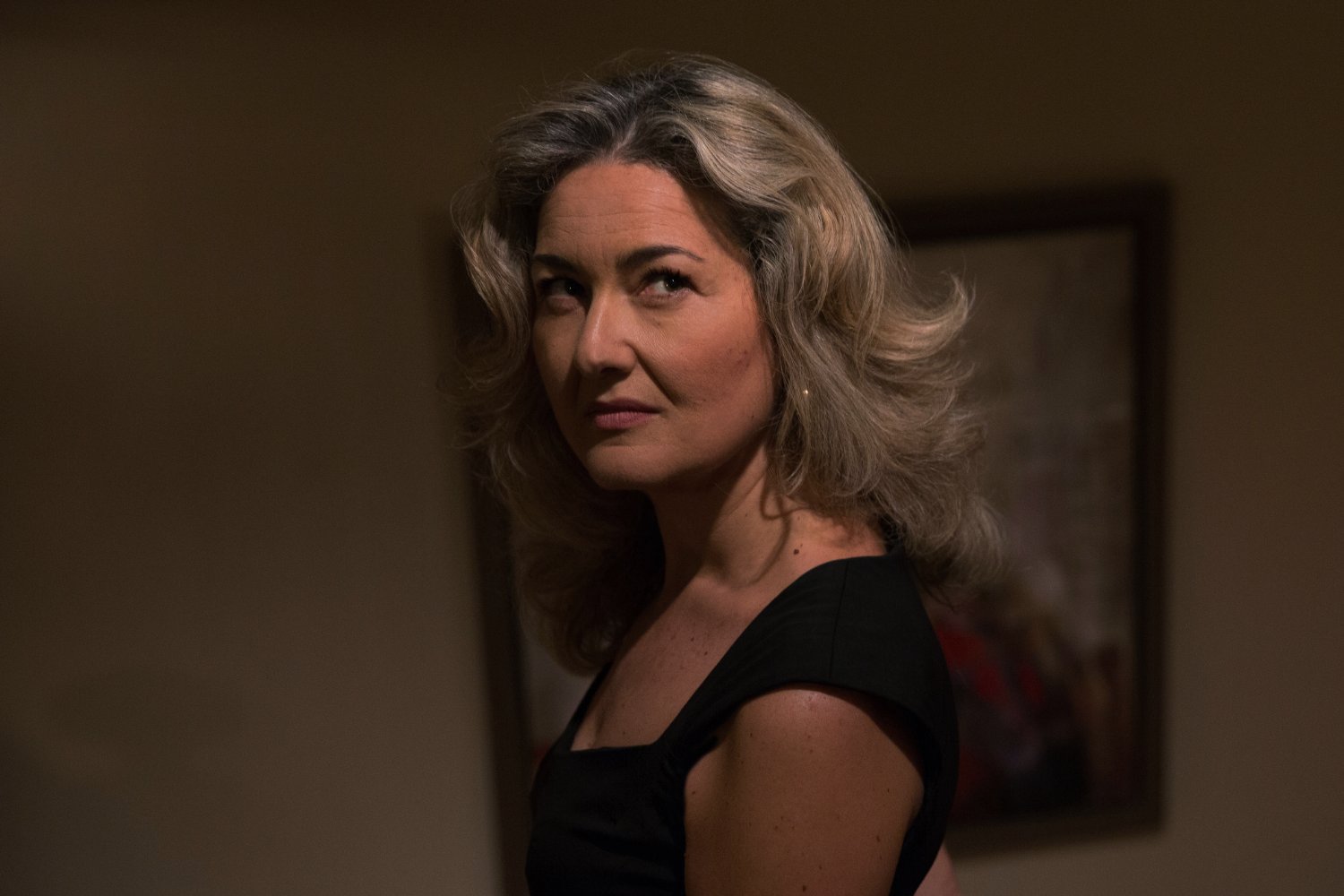 The film is 23 minutes long and gets right at it. We know early on that Marge is having those dreams with Wall haunting her and she is obviously scared of him, but again, more in a psychological way. The mood in the film is helped by the score which creates an unsettling tone. The mood, along with the fact that we deal with stars, dreams, nightmares and Agnès Godey, who somewhat reminds me of an older Laura Dern, makes me think of David Lynch. Now, I'm not saying there's an obvious resemblance, but the sense of him is there. 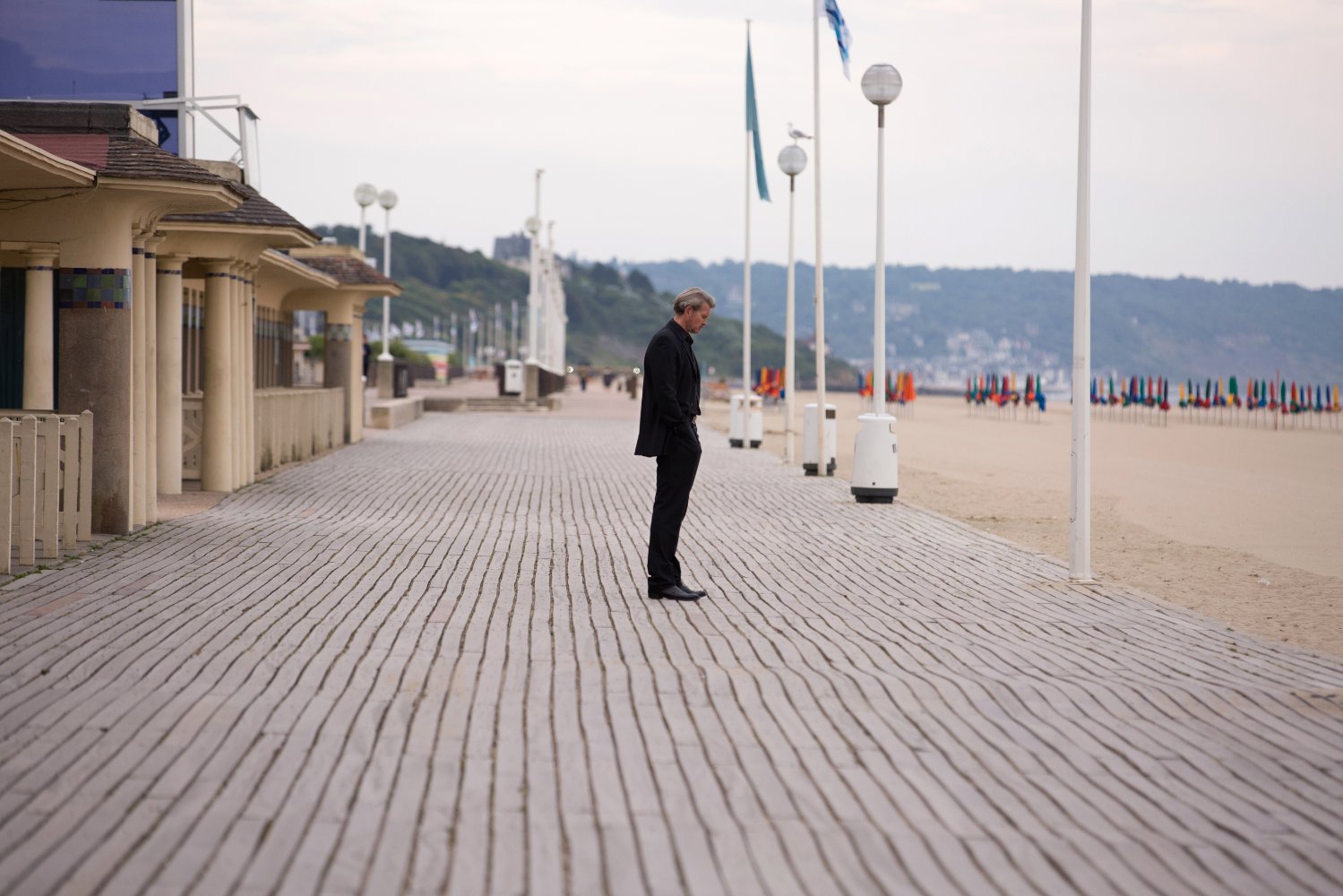 As for the story, I can't say it really blew me away or was able to draw me in right from the start. I have mixed feelings about the story as in a way it doesn't feel like it has a lot to say. But on the other hand it does make sense in a spaced out kind of way. We are dealing with stars, dreams and nightmares so who is to say it can't be a bit different, right? It feels like the sort of film that grows on you a bit though. 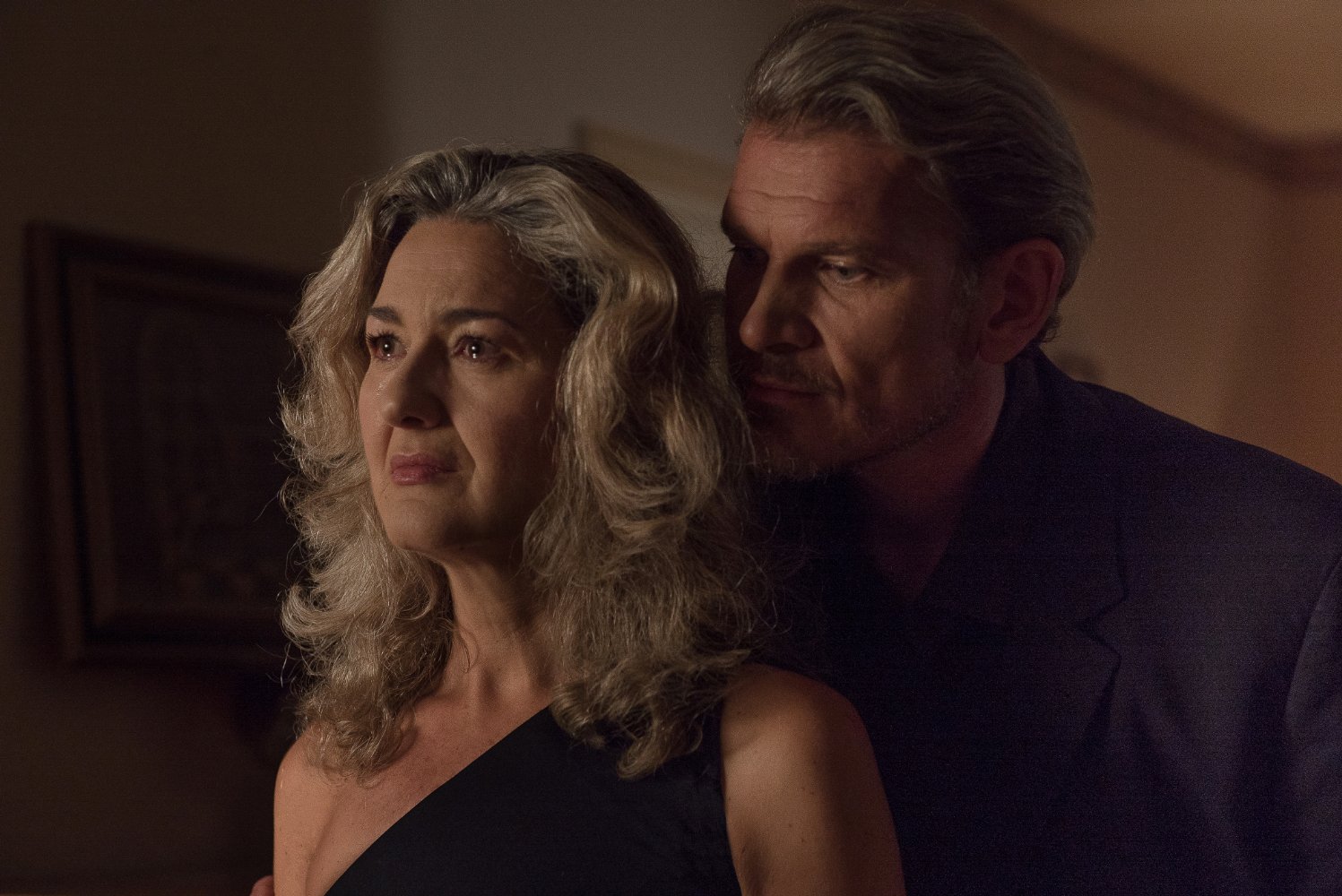 All in all an ok short film which tries to have a story that gives us something to think about, where you want to see where it goes and how it's going to end. Götz Otto works well in his part and my favorite sequence would probably be at the beach which has some edge to it. Though Keyvan Sheikhalishahi here proves that he's probably more suited behind the camera than in front of it, unless giving himself cameo appearances similar to M. Night Shyamalan. He's surely a talented director who at a young age shows a mature and classic style.

The following is an exclusive Q&A with director Keyvan Sheikhalishahi.


As I understand it, you were quite young when you came up with the idea of the story and directed. Can you tell me more about how old you were through the process? How did the production come together, as for financing, choosing the cinematographer and composer for the score?

KS: I started having some ideas right after the last amateur movie I made in 2014, when I was 16. Initially, Vesper was planned to be another amateur movie with members of my family as the actors, but I changed my mind. So I wrote the script when I was 17, thinking about Götz Otto and Agnès Godey as the actors. Then I made the movie when I was 18, last year. After Agnès, the second person who committed himself to the project was Gréco Casadesus, the composer. I followed his work since two years and each of his musics sent shivers down my spine. It was unlikely he will accept but he immediately liked the story. As the cinematographer, we met thanks to a combination of circumstances, it was a real chance for me to work with him. And for financing, it was more complicated, but I must admit I have a lovely mother who believes in me.


The two main actors, Götz Otto and Agnés Godey, how did the casting of them go? What made you choose them or can you tell me the process of finding the actors you wanted for the two parts?

KS: I spotted Agnès Godey on the internet and I contacted her directly. As for Götz Otto, I know him since I was a little kid, by (Bond-film, editor note) Tomorrow never dies, he’s an impressive and very talented actor, I thought to myself maybe he would be interested to play this kind of role, so I contacted his agent.


Did you have any inspiration for the film, as for a certain movie or directing style?

KS: For the story, I was inspired by Alfred Hitchcock’s movies, especially Shadow of a Doubt not forgetting Lynch’s Mulholland Drive and Costner’s Mr. Brooks. As the way of filming scenes, I wanted to make an experience, the camera needed to be close to the actors, so you follow them and see what they feel. I wanted the camera always in motion, but never violent, it’s what Amenabar did in The Others.


Could you name some of your favorite directors who you really like or that inspire you, not just for this film?

KS: I’m more inspired by actors than directors, but my two favourites are Alfred Hitchcock and Christopher Nolan.


Are there any movies that you can recommend that kind of tell who you are, what style you like?

KS: I like all styles! I like emotionally charged movies like Dances with Wolves, The Bridges of Madison County, Notting Hill, Unfaithful, Interstellar, suspense movies like Casino Royale, Basic Instinct, Dead Calm, Batman Begins and the greatness of Inception, The Game, Gone Girl.

I'd like to thank director Keyvan Sheikhalishahi for the opportunity to watch his film 'Vesper' and for taking the time to answer our Q&A. We wish him the very best on future projects!
Upplagd av Movies - Noir kl. 03:00

Movies - Noir kommenterade
52 Actors - Orson Welles
For me there was no doubt that I should...

Movies - Noir kommenterade
52 Actors - Bruno Ganz
A bit different from my list. Of the ones...